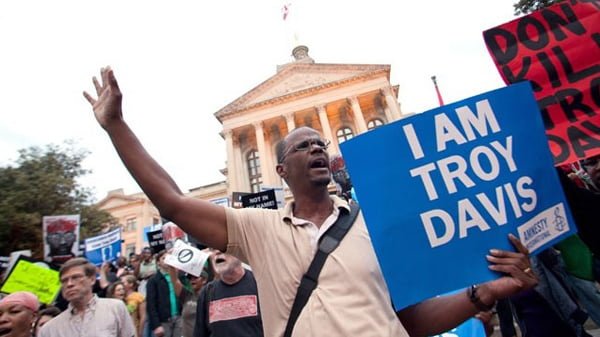 “Mr. Davis’s death is a continuation of legacy of slavery in this country. It is nothing more then a modern day lynching by the “mob” called the United States judicial system. Instead of focusing on the individual (Mr. Davis) who has been wronged in the eyes of the activists and the media, we should take this moment where the whole world is looking to us, and shine light on the injustices of the police and prison system of our society and insist upon true freedom”.

Read about Troy Davis and the Liberal Politics of Executions