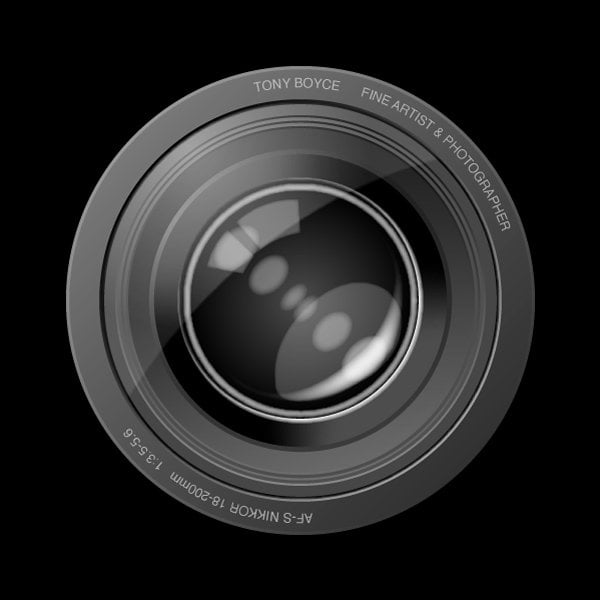 Adobe Illustrator has never been a strong point of mine as I spend most of my time with Photoshop. So, just to re-acquaint myself with the tools I drew this lens. Wish I could take the credit for it’s conception but I can’t as I followed a tutorial from vector.tutsplus.com and along the way discovered gradient meshes and transparency masks.

I put each step on a serpate layer (twenty three in all). There’s a lot of repetition with loads of circles and gradient fills but following the tutorial allowed me to watch telly, do some decoration and various other things. If I’d sat down and concentrated it would have take about half an hour but I managed to spread it over half a day.

By the way, looking at a ‘normal’ lens end on like this you wouldn’t be able to see the writing (this one is useful for logos and advertising) but this tutorial had given me the confidence to try for a proper one.