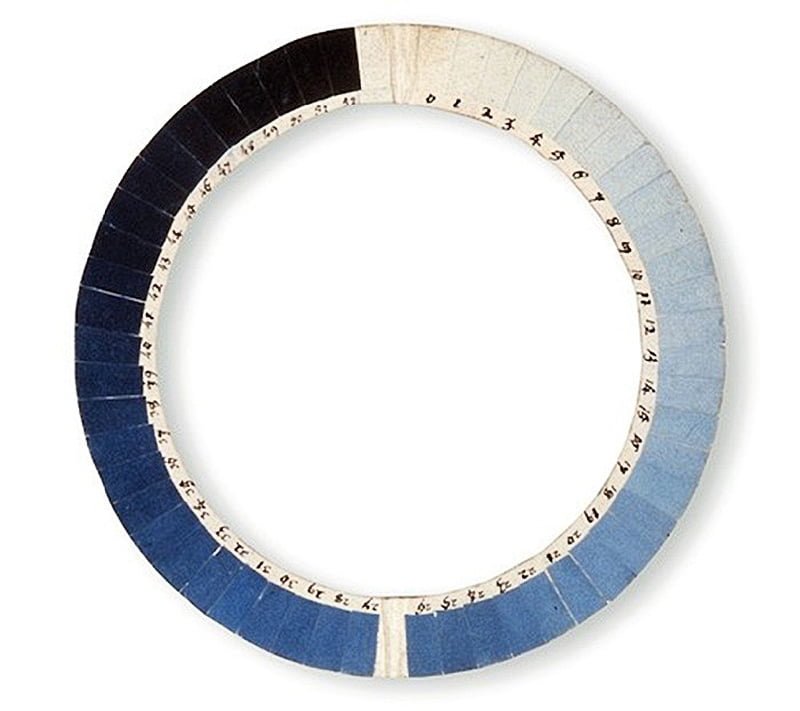 The cyanometer is attributed to Horace-Bénédict de Saussure and Alexander von Humboldt. Cyanometers are made from squares of paper dyed in graduated shades of blue and arranged in an open circle or square for easy comparison with the sky’s colour when held up against it. De Saussure is credited with the cyanometer’s invention in 1789. His, like the one seen here, had 53 coloured sections – ranging from white through varying shades of blue to black – and was circular in shape. An Alpine traveller as well as a physicist, he used the device to measure the colour of the sky in Geneva, Chamonix and Mont Blanc, eventually coming to the correct conclusion that the colour of the sky was dependent on the amount of suspended particles in the atmosphere. Humboldt was also a zealous exponent of the cyanometer, using it on a number of expeditions to South America.